After the nice visit in Berlin in March earlier this year, I’ve got the invitation by the group of amazing women to make a weekend workshop and healing sessions during the summer time. We sat the dates for the beginning of August.

Last weekend, I flew from Zurich to Berlin. After a little walk and breakfast, I immediately started with the scheduled sessions. From the very first session I understood how I am privileged to be able to assist the group of amazing women in their healing process. Many of them shared with me the moments from their lives, their hopes, fears, impressions, realisations… It is always the very new experience for me to witness something moving after the sessions or after the workshops with others. To be able to witness something new and amazing happening with the person and being allowed to witness and assist.

On Saturday was the workshop day. We were the group of seven. In many traditions it is known as a very special number. It is known as the seeker, the thinker, the searcher of Truth. This symbolism was very good applying within the group of such deep, curious, spiritual and sensitive women on our workshop. We shared the knowledge of shamanic practices and different tools for healing. We practiced the journeying to connect with our power animal, our ancestors and explored the world of our subconsciousness. All these tools are very powerful in terms of healing and self-healing. For me it is always important to share with others how in each of us there is the healing power. We are all able to heal ourselves and others. This is the gift we simply need to awaken inside of us. We had a really packed day with many techniques and practical mediations. I wish to have more time to make a women circle with the same group where we can have more time to practice the things we learned in the more relaxed circumstances.

I left Berlin very happy, with the full heart and very grateful to the whole group, my shamanic teacher for her guidance and inputs, to the Berlin angels that took such a good care of me. Especially the one who invited me in the first place and gave so much of her energy into organising the whole weekend. I love you my dear sister. 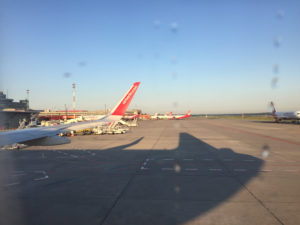 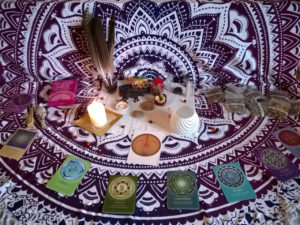 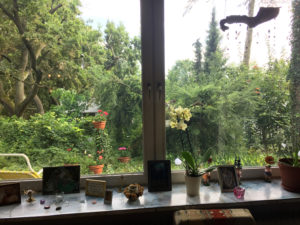 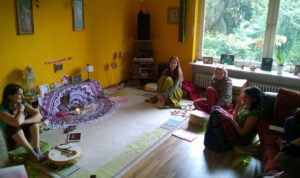 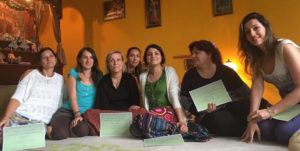 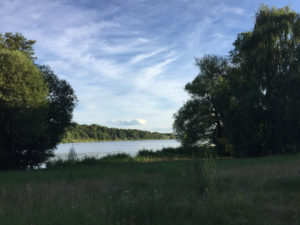 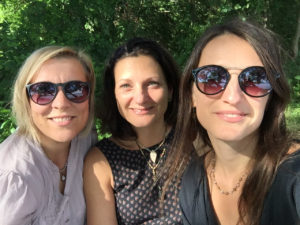 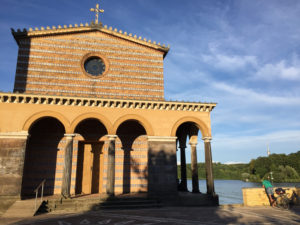 Our ancestors used to celebrate the important moments in life with the proper ceremony. It was done for the celebration, showing the respect, giving  proper attention and most importantly, for getting the blessings for the persons involved.

It was such a privilege for me to make a ceremony for welcoming the child in the sweet family, leaving in a Swiss countryside, close to the Zurich. Many family members gathered to welcome the child, share love and blessings with the child, parents and each other. It is very fulfilling and beautiful to be able to witness the occasion and facilitate the ceremony on such a loving occasion. Ceremonies are one of the most vigorous and sweet part of my work. Especially in such sweet circumstances.

I am sharing some impressions with you here (click on images). 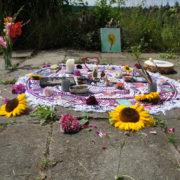 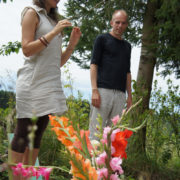 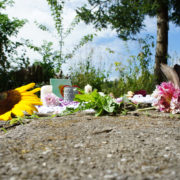 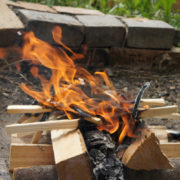 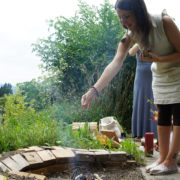 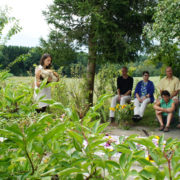 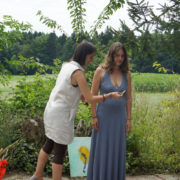 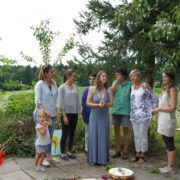 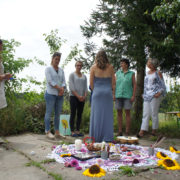 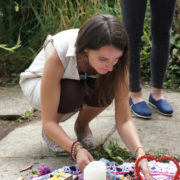 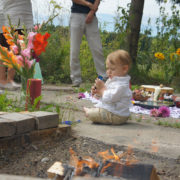 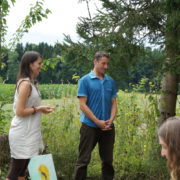 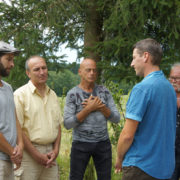 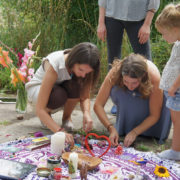 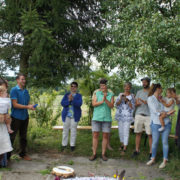 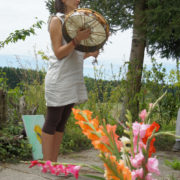 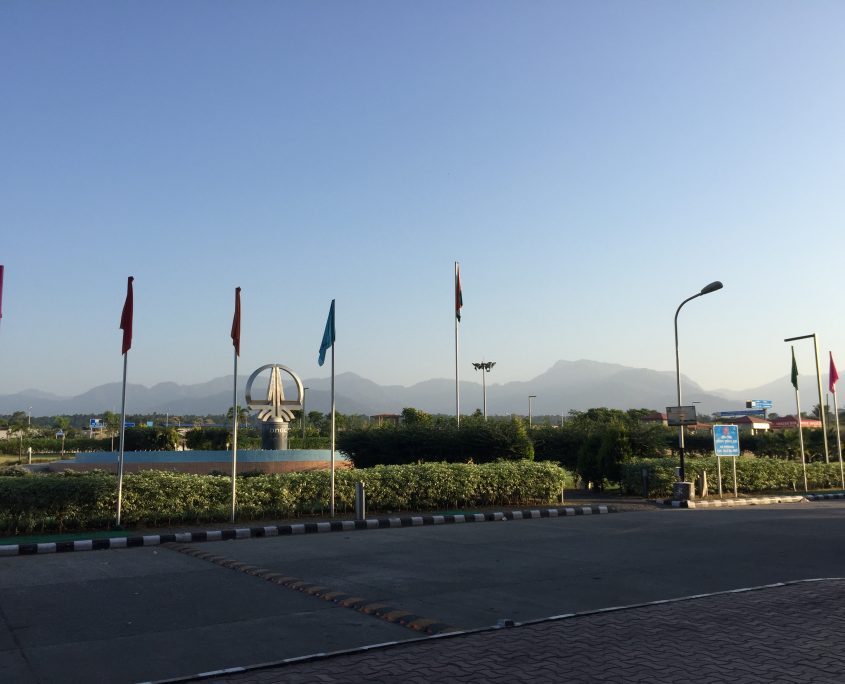 Yamunotri was the place where I started this years’ pilgrimage to the holy places of India. It is one of the ‘stations’ of the Chardhama of Himalayas – four sacred places of pilgrimage that many pilgrims visit in one pilgrimage. It is dedicated to Yamuna – holy river of India, which I will follow later on all the way to Vridavana, the place of the five thousand temples and the sacred land of the love personified – Srimati Radharani, the Goddess of Vrindavana.

Our trip started at Zurich airport around noon by Central European Time and we landed in Delhi around midnight by Indian time. We had to wait several hours on the Delhi airport for our next flight – to Dehradun, at the foot of Himalayas. We were hoping for few hours of sleep when we discovered big sleeping chairs on Delhi airport, but strong lights and constant music soon showed us that our hope was in vain.

Upon arriving in Dehradun, severely jetlagged and tired, we realized how the taxi is not yet there, although we made all arrangements about it in advance. We were first disappointed and annoyed but then we started to laugh and said to ourselves: Welcome to India! And the very moment we became relaxed we managed to make a phone call and after some negotiations and arrangements we had a new taxi with the driver who will be with us for the next four days. We immediately started our drive up the Himalayas towards Yamunotri. It was a scary ride! With so many curves, and tight crossing places; people living basically on the road and cars driving fast on these tight paths. So many times, I wondered how is it possible that scary accidents are not happening each second. Besides all these hectic happenings and beautiful nature, another thing catching ones’ attention are most amusing road signs along the way. Some I still remember are: ‘You may not be superstitious but believe in traffic signs.’; ‘Hospital ceiling are boring to look at. Avoid accident.’ Or: ‘Peep peep, do not sleep.’ There are many things that look a bit surreal when you arrive in India, and these traffic signs are also one of them. One really starts to question who is writing these things. And how come these are really official road signs. Am I dreaming, or is it really happening. J

At the end of a long drive, we reached our first stop around 6PM and found the rooms for staying over nigh, some thirty kilometers from Yamunotri.

After the night in unknown place up in Himalayas and taking a bath from a bucket of warm water we were already driving to the place from where we started climbing up to Yamunotri.

The funny thing is that, before leaving Switzerland, everyone was asking me how can I go to Himalayas in the middle of October and were telling me it will be so cold there. For that reason, I brought so much warm clothes, but in the end it was so hot while climbing up! The sun was all the time shining directly in our faces.

The road to Yamunotri is not too long. But it is quite steep though. It took us around an hour and a half to climb up the steep road. While walking we realized how the scenery around us is so amazing and we felt it was all together breath taking. Breath taking for two reasons, because the beauty of the Himalayan tops and forest and because of the air that already becomes quite thin. My feeling was that although it was short, the climbing was not so easy because the thin air makes you feel tired and the heat also doesn’t help. It seemed to me how all special places question your determination and the real reason for your visit. It is not the same as wondering around some mountain. It is a special place, power-place and the place of special blessings and special grace.

On the way up, we crossed many pilgrims returning from Yamunotri and all of them had one thing in common – happy shining eyes and smile on their faces. Many of them were greeting us with shouting: Jaya Mata di! (That would mean something like: All glories to the the Beloved Mother!) This is how they perceive Yamuna, the river and the the presiding deity of the holy river.

The very second we climbed up to the temple, a young boy approached us and lead us to the temple. Goddess Yamuna, who is presiding deity of the Yamuna river is the daughter of Surya, the demigod in charged for the planet Sun. In this light, she appears in Yamunotri in the form of hot, boiling spring. In this temple constructed on the hot spring, the priests immediately performed the sacred ritual for us. After receiving the blessings, we proceeded to the the branch of Yamuna that comes up from the glacier and where many pilgrims were taking bath in the ice cold river. Even before leaving Switzerland, I decided I want to take the bath. Otherwise, why am I coming to this sacred spot of this amazing river?! My friends were still thinking if they want to do it. But then something amazing happened. We decided to climb a bit further up the stream of the river and see what is up there and very soon we came to completely isolated place where we had time for meditation, contemplation, prayers and a perfect spot for the bath. So, we all took the opportunity to do it. I was the first one.